When Governor Cuomo said “If you want to go on a run, God bless you.” Music to my running ears! How do we go about going for our runs during this time of social distancing? Here’s how to go about running when we have to worry about social distancing.

Go it Alone – Use Your Phone

Luckily for runners we do something that requires almost nothing, and nobody. It’s a non contact sport that can be done solo or in a group. I prefer to run on my own…mainly because I like to stay in my head, and get lost in whatever I’m listening to, but I know there are folks who like to run in groups, or at least with a partner. To those folks who like to run with someone, don’t.

What do I mean by use your phone? Most of us use our smart phones when we run, and if you can’t run with you’re usual running partner, schedule a time when you guys can run at the same time, and hop on the phone if you crave that running chat with each other.

Run with Someone You Live With

If you actually want to have that runner physically there with you then maybe someone you live with runs, and you can run with them. Or maybe they wanted to pick up running. You can think of yourself as a minor running coach for them.

I run year round. I’m talking all seasons. Yes, that includes winter. I’m still running during this crazy time, and the amount of runners I see compared to this time last year has more than doubled! I usually run 3 or 4 times a week, and I could go a few weeks without seeing another runner out there in my area. Now, everyone with being out of work, or working from home without being able to go to the gym have turned to running outside in droves!

Not only are there more runners out there, but there are more people in general outside, in parks, I saw kids playing hide and seek for the first time in maybe decades! I’m seeing people playing with a ball in the street. Whole families walking together on sidewalks and in parks. It’s amazing really. Netflix, and zoning out on our phones seems to be losing out to the outside. I’m glad people are spending more time outside, but it makes it harder to social distance.

As a runner it’s best to avoid the parks unfortunately. It really turns into an obstacle course. Avoid the families, the kids, the dogs, and the people talking 6 feet apart on both sides on the path… don’t run in between them! Make sure if you find yourself in a situation just take the long way around folks. Avoid the parks, because everyone is flocking to them.

As I was writing this New Jersey has decided to close all public parks. 🙁 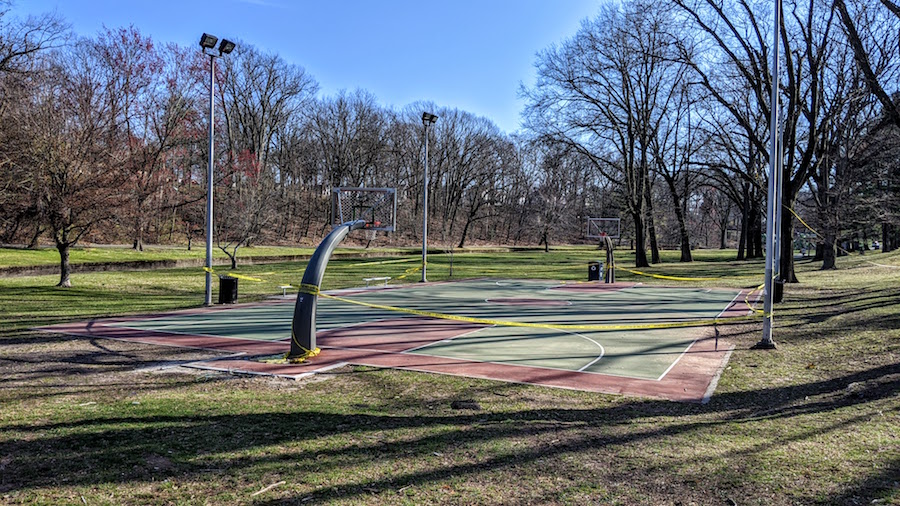 Run in Not the Best Weather

Now this one isn’t as bad as it seems. If it’s a bright sunny day with decent temperature you know there are a bunch of people out and about. When it’s cloudy out, or if it’s a little bit chillier there’s going to be a lot less people outside. Better for you as a runner. Then you can have your pick of the park’s paths. 😉

If it looks like it’s about to rain that’s the perfect time to squeeze in a run because most people are trying to avoid the rain. Put your best gear on and enjoy your run! I can get by running in mist, or in light showers, but of course don’t run in torrential down pour if you don’t have to.

I know runners already run early, but with more people running it might be time to run maybe an hour or half hour earlier than you usually run. If you’re trying to gain some sleep during this time of #stayhome then run way later. Try to avoid the times you know most people want to be outside. I hear running at sunset is pretty nice. 😀 And if you want to get crazy do a midnight run. You’re definitely not going to see very many people, if any. 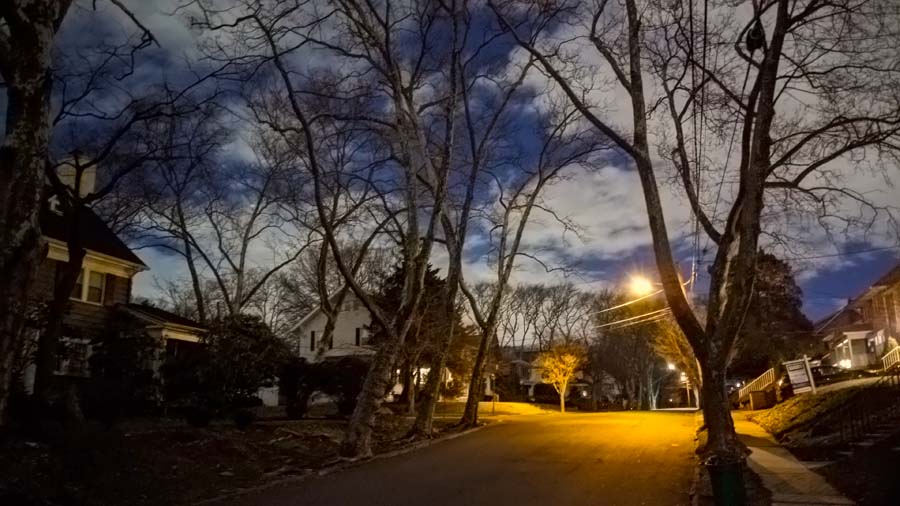 And when I mean local I mean around your house. If you’re really trying to make sure you’re not risking it running miles away from your house run around your building. That may sound crazy, but look at the guys who are running marathons just being on a balcony! If you’re desperate to get the miles you’ll get them in. It could be running long hallways you have in your house, or around your house or building if you live in an apartment complex,. You can even get your miles in running around the block a bunch of times.

If this is a you versus the new runners out there – you win. You win because you know the usual spots, and you know your neighborhood. With you know where you usually go, try new areas, some new side streets.

Now if you’re a new runner reading this, don’t be afraid to explore, and get off the park pathways.

If you don’t want to go out there and stress out if you’re running at the right time and place, take this time to cross train. Start up a video at home and do yoga, cross fit, dance, or weights. Use Youtube to you’re advantage, and if you have Amazon Prime there are so many fitness video as your disposal. Cross training is so good for running. It’ll work a lot of the secondary muscles that you might not necessarily know are being used during running. Use this time to cross train and work on your core, and back muscles. Both of which will improve form, and help with avoiding injury.

I like to use the good ol’ elbow to press the crosswalk signal button. Lately, I’ve been wearing a long sleeve shirt. If you aren’t and you have to use your bare skin to touch the button make sure not to touch your face before you have a chance to wash them.

This one is very serious, I know sometimes if I was on the tail end of a cold I would go on a run, because sometimes it made me feel better. Now is not the time to do this. Make sure to recover, get better then get back out there and go for your run

Social distancing is tough on us as humans. We thrive on interacting with each other, but we have to do it unfortunately. Whatever you do just stay active. I consider myself lucky that the US hasn’t implemented staying home by force yet. If that does happen there are a lot of ways to stay active right at home. But take comfort in knowing for now, as runners, we can social distance. We can keep doing what we love.

Do you have ways, tips, or advice on social distancing while being a runner? Tell me in the comments below!

If you want to learn about me as a runner read my post here. 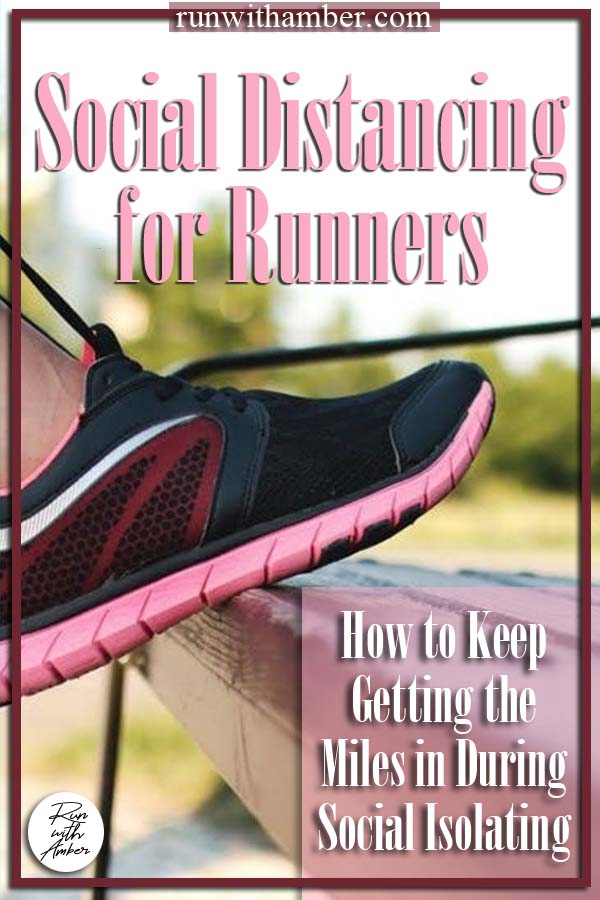 Hello, I'm a Runner and I Have Celiacs
Don't Run in Fear
Yosemite Half Marathon: My Road Trip Adventure
10 Amazing Essential Stretches to be a Better Runner

2 thoughts on “Social Distancing for Runners”