A Runner with Celiacs?

Being a runner with Celiacs can be a bit of a challenge, as I can’t follow the advice from all the great runner resources out there to a tee, but that doesn’t stop me. I can’t have that crazy big pasta dinner the night before a race, but I do get to enjoy all the rice and potatoes I want! 😀 Bring on the carbs! My journey with being Celiac is fairly new and sometimes difficult, but getting to the diagnosis was the real struggle.

October of 2016, a month before my wedding I received my Celiac diagnosis. Luckily, my venue was happy to make sure that my meal was gluten free. I couldn’t partake in the awesome mini pies we had for our wedding that my mom and family so kindly made for my wedding, but I did eat the whip cream off of one though. 😉

The doctor gave me the results of my blood tests as if it were AIDS, very sad and somber. Granted some folks take this diagnosis really hard.  I think he expected me to be just as sad, or shocked. I, however, was actually happy! Relieved even. Although, bummed that I was now part of the gluten free trend. Being gluten free was just so damn trendy! The doctor reassured me that this was no fad for me.

I took that moment as the the start of the next stage in my life. I finally knew why I was anemic for 15 years, why weird skin things always popped up, why I had stunted growth as a child, and why I horribly, tremendously sucked athletically. Let’s also not forget all the lovely digestive issues Celiac folk deal with.

I started out in swimming, then my swim coach wanted me to start running cross country on the off season to get ready for swimming. I ended up doing track as well after the swim season was over.  The 3 sport high school athlete was me. Add JROTC to the mix, and you get a turbo involved athletic student! The first 2 years of high school I didn’t have any physical issues I was able to get faster, and train with no problems, and be proud of my times, and competitions.

At my high school blood drive it was discovered that I was anemic.  My iron was too low to give blood that year and I haven’t been able to give blood ever since. It all changed from there. However Celiacs is triggered it was at age 16 for me. Looking back at my runs, and swims I peaked athletically my sophomore year in high school.

No matter how much I sucked, how slow, or how many times I came in last I loved being in sports. I still trained, went to practice, and participated in running and swimming, but never won a race to save my life. I clearly remember my senior year in high school swimming I won my heat in the 200 Butterfly. It wasn’t a true win, but I still beat someone. I wasn’t the fastest mile runner in JROTC anymore either, but I still tried.

At that time I only knew I was anemic, nothing more. My dad said there HAD to be a reason why my iron was so low. My doctor simply said it just happens to people sometimes and that was that. Cue the trial and error with all the different kind of iron supplements with no improvements. After awhile I opted not to take them as I felt worse when I took them.

While trying to participate in sports in high school and college it was always a tough recovery process. My joints always hurt. Especially my hips! I did have small improvements here and there that kept me motivated. Knowing what I know now, it was amazing how I was able to train and get through 8 years of swimming and running. My body was essentially running on “E” all the time. 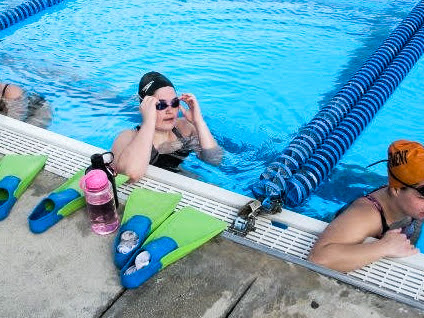 The Celiac diagnosis doesn’t come on it’s own. I was also informed on all the vitamin deficiencies I had.  Which was basically every vitamin a person needs. I was malnourished. My body wasn’t getting the nutrition needed to function properly as a human being let alone train like a college athlete. I think I was really relying on my youth. Nothing else.

As I got older it was harder and harder to run, swim, or weight train. Recovery time was taking longer, pains and aches became worse and worse. I wasn’t able to run more than a couple miles my senior year of college without feeling like my body was just going to fall apart.

The overwhelming fatigue was the last straw in my wanting to quit my last year of college swimming.  My coach was very upset when I stepped into his office and told him I didn’t want to swim anymore. He told me I should have been captain that year, he saw me as a good leader. Being a captain wasn’t entirely about being the fastest swimmer. It was about being a good teammate and motivator. Telling him I wanted to quit wiped that opportunity away. I ended up staying on the team and just struggled my way through that season. To top it off I was a 200m Butterflyer! Just thinking back to this time makes me feel so exhausted! But I did it. I finished, and not as a quitter.

I Could Have Been Better!

With that thought of exhaustion it also makes me so mad! If I was diagnosed when I was 16 and I followed a gluten free diet, there is no telling how much I could have improved. Being an athlete is more than just talent, I had technique, and I put in the time with training and practice.  I could have been so much better than I was just with proper iron and B12 levels. The more oxygen that gets to your muscles the harder and faster you can go. Iron and B12 is what helps the machine run. My machine was broke!

Moving on with Celiacs and Being Gluten-Free

I immediately followed a gluten free diet after being diagnosed. There was no cheating! We can talk about the withdrawal in a later post I went through because whew! It is not fun! After only a month I felt so much better. I had energy! No Fatigue! I mean I was in a place where just the thought of walking around a mall made me wanna take a nap in the pre-diagnosis age. With all this energy I began to think I could handle running again. I ran my first race post diagnosis in November of 2017. I ran the 8k Turkey Trot in Buffalo, NY. Bit by bit I slowly I built up to those 5 miles. Almost a whole year to get to 5 whole miles. 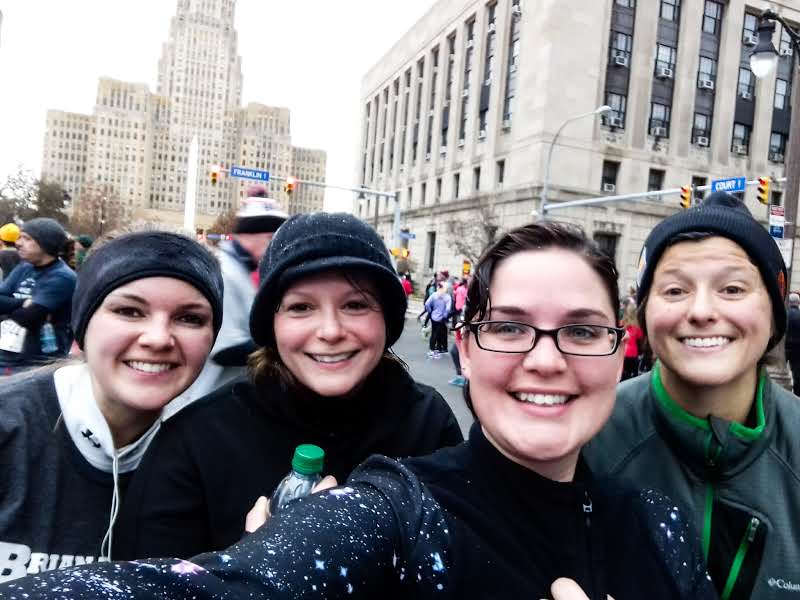 I remember being so emotional during that race. It was the first time where I felt like a real runner. I had energy. I was able to go faster when the time was right. At mile 4 I cried. I cried because I was so happy to finally run more than 3 miles and feel good! It was an amazing moment and the start of this whole journey of being a runner!

Many people see the diagnosis as a curse. To me it’s not. It’s a blessing to know what the problem actually is. We don’t have a cure all pill…yet! But at least we know what to avoid.

Is a marathon in my future? I don’t know. I’m enjoying half-marathons right now, so maybe one day.  I feel lucky to be healthy and be able to continue my running journey. With each run I see so much improvement! Being a runner with Celiacs is not impossible. The body is an amazing thing when you give it what it needs…or doesn’t need. 😉

If you want or need any information on Celiac Disease please visit Beyond Celiac. Their site is such a great resource for people that think they may have Celiac, gluten sensitivity, or people already diagnosed with Celiac Disease trying to navigate that new gluten-free life. It makes me happy that that there is an organization behind me and my struggle. You may be the only one in your circle of friends with Celiac, but you are not alone.

Tell me your story on how you were diagnosed. Tell me in the comments or feel free to contact me here! 🙂

The Fabulous Gluten Free Posh Pop Bakeshop
10 Amazing Essential Stretches to be a Better Runner
Social Distancing for Runners
How Good are the Gluten Free Treats from Senza Gluten?