Falling. It will happen

It’s pretty much the worst nightmare of a runner. Falling. It will happen. And it will happen to you! It really is the worst when you fall. It’s not even about it being embarrassing. As a runner I know my first worry is did I injure anything?! A fall means a possible injury. An injury means no running. No running for a runner makes a miserable person. Telling me I can’t run? What? No! My relationship with taking a tumble is kind of like visiting the family at holidays. I know it will occur at least once a year.

I’ve been running for just under 2 years now…seriously that is, and I’ve had two falls. It’s so weird! You don’t even see it coming! My first fall was on my regular route that I run while I’m at home, and I’m pretty sure the uneven concrete did me in. That uneven concrete will ALWAYS get ya! I remember not being focused, and just so tired. Soon I realized I can’t just zone out that much on a run, shook it off and finished my run. Some bruises, but no major injury that kept me from running.

London Bridge Wasn’t Falling Down, I was

Well, my fall in London wasn’t too much different. I was on my last leg of a trip that lasted 11 days. I hit up 3 other places before my last stop in London to catch up with 2 friends from Chicago. My goal was to run in each city that I visited on my solo trip. Of course I was going to run in London! One thing I didn’t realize was how difficult it really is to get to the running spots in London. I like to go on long journeys and figure out what running route to take to get to the nice waterfront, or giant park a place has. I had to run through a lot of city life to get to Hyde Park, in London. 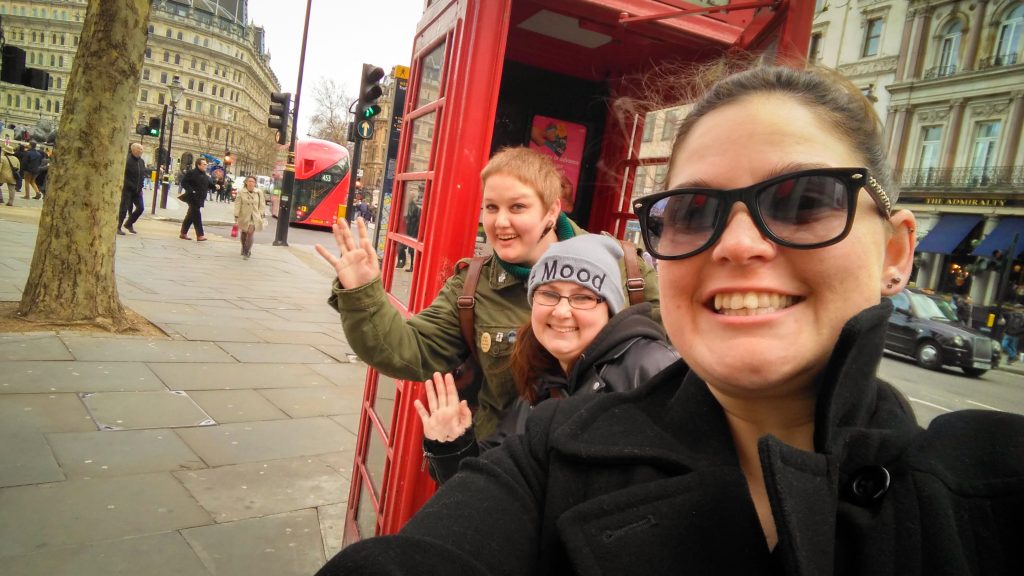 My body felt horrible every step the entire way.
The night prior I met up with my friends and we set out to find some Indian food. I didn’t mind the food. I thought it was great. HUGE mistake. With having Celiacs I ate said Indian food figuring I would choose an item on the menu that couldn’t possibly have gluten in it. I didn’t enquire with the staff, didn’t tell them I was gluten free. Nothing. I WAS DUMB! Traditionally, Indian food is, for the most part, made with chickpea flour. This is why I thought “no big deal.”  Night went on, I was fine. Went to bed, but then oh man! The next day I felt so horrible! I had been GLUTENED!!! Of course by way of me just being so careless! A perfect way to describe it is like having the flu. Jane Anderson describes it pretty good here.

I was disappointed in myself. I’ve come so far, literally and figuratively in my celiac journey to get to London and NOT ask them “Hey, is this gluten-free?”  Restaurants are always hard for me. I hate making a big deal of it. I hate how it becomes a whole thing at a meal. Eating out should be fun, not exhausting. I’m working on it. I love when I have my pushy friends at dinner because they like to make the big deal for me! Then I don’t feel as bad. Someone is doing the dirty work. Plus it tells me they care! 🙂

Trying to Push Through

That morning, did I say “I’m not gonna run today?” NOPE! I had been running in each city since the start of my trip. My routine was to find a good coffee or espresso than go for a run. I don’t even worry about breakfast. I don’t eat breakfast before a run. Some people might say that is a bad habit, but when I go on a long run I’m getting my body use to using them fat stores! I’m not that lean yet to worry about gels, fuel, and not having any energy. 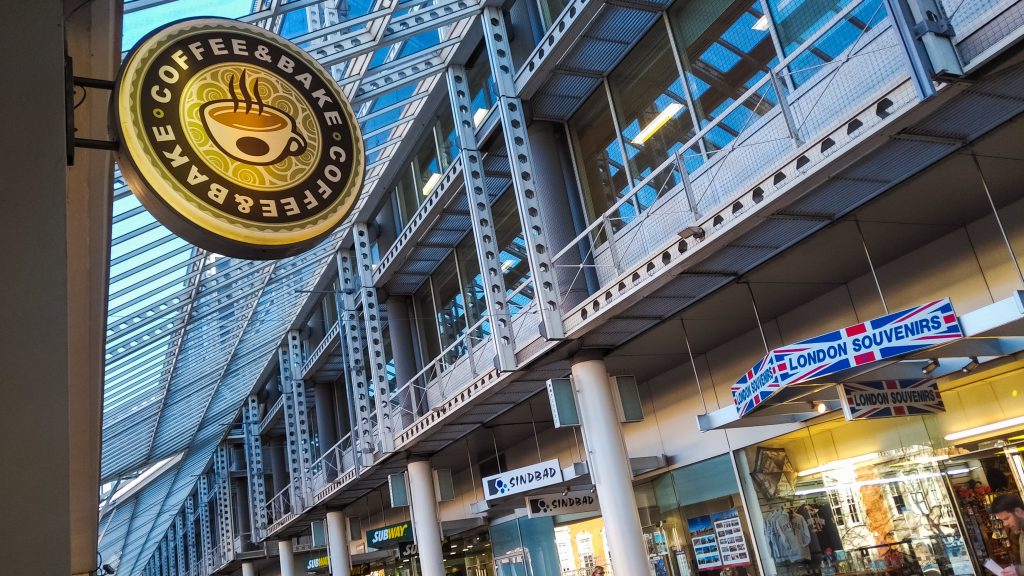 I knew how my body felt setting out to go on my run. I thought after a mile or two I’ll feel better. Sometimes I do feel better. Running is always a solution in my book. I figured out my route to Hyde Park, and went on my way. Walked a few blocks to avoid a few major crosswalks. Started to run, not a minute in I hit the ground! I feel like I might’ve even rolled! I saw it how everyone see themselves in these situations…in slow motion! There wasn’t even anything in my way. No uneven concrete. Nothing. I’m pretty sure I just couldn’t control my legs, and tripped over my own body!

I’ll take the pains of a tumble over the pains of being glutened any day!
Luckily, not very many people around to see me eat the sidewalk. I definitely had to stop and walk that off for a bit. Longer than normal. My knees hurt, my hands hurt, I was all messed up from this tumble. Mind and body were definitely not aligned! My body was not doing what my mind wanted it to do.

After a long walk I finally got up the strength to run. I struggled through a 5k! Every minute was such an uphill battle. When I run 3 miles I feel like I haven’t run enough, not this time. Those 3 miles couldn’t come fast enough. My body felt horrible every step the entire way. 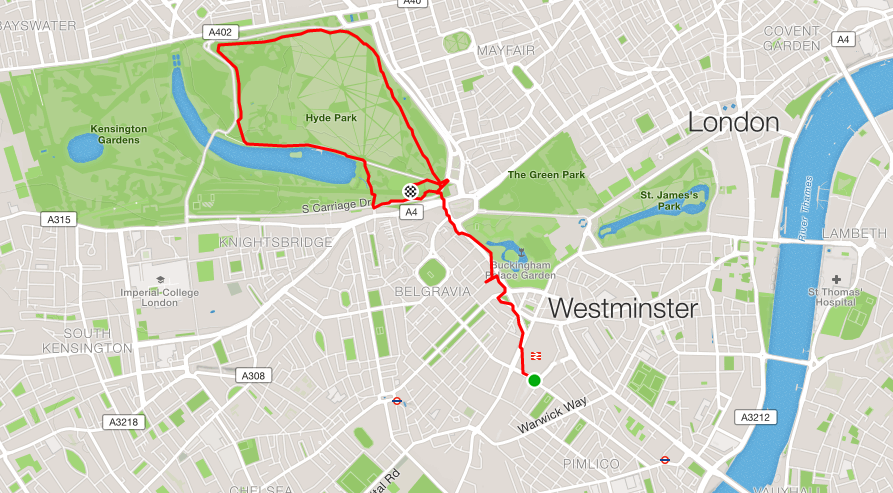 I could not go more than that. It was about 2 miles back to where I was staying, so I walked. The way I saw it is I got a decent workout in at the very least. It wasn’t all entirely a wash. I saw Hyde Park, I saw a lot of beauty, and I’d say I saw a bunch of London!

When I compared how I felt after my run versus before my run I think I did feel better. My glutened pains were subsiding(slowly), but then the pains of falling were coming to the forefront. I’ll take the pains of a tumble over the pains of being glutened any day! After my run I discovered the gnarly bruise, and cut on my right knee! It was crazy! I now had a battle scar from across the pond!

Falling sucks, but I learned a lot. Do not run when your body is saying “hey lady, not today.”  About 2 years of running, and 2 tumbles. At least I got the fall out of the way for the year. 😀 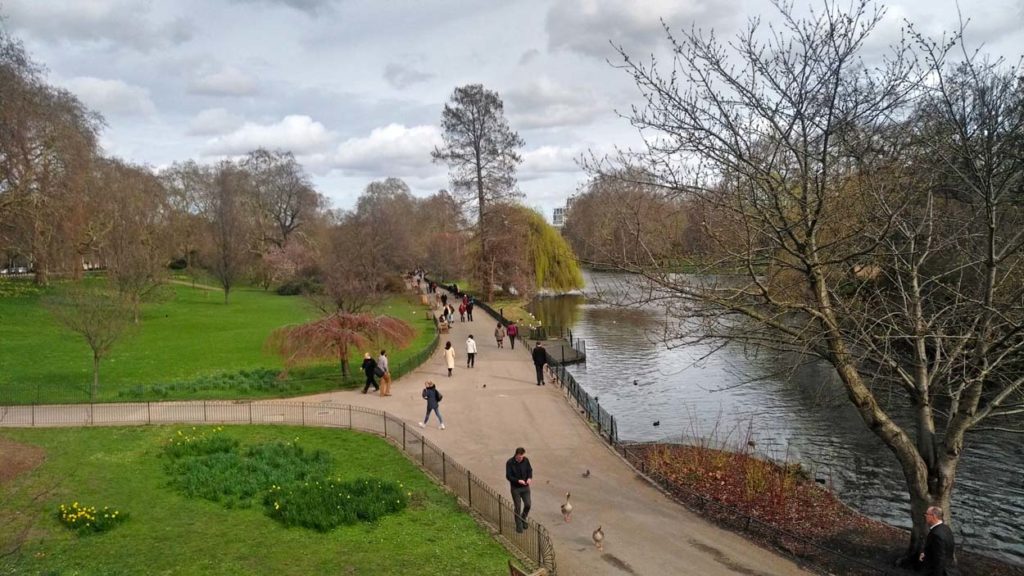 The fairy tale ending to this story is that the next day I was ready for a good run. I felt great, recovered, and I went out and ran 6 miles! 😀 It was the run I needed. I saw some touristy stuff in London, and ran through some regular neighborhoods. I personally love seeing regular life when I travel. I was happy with my run that day. 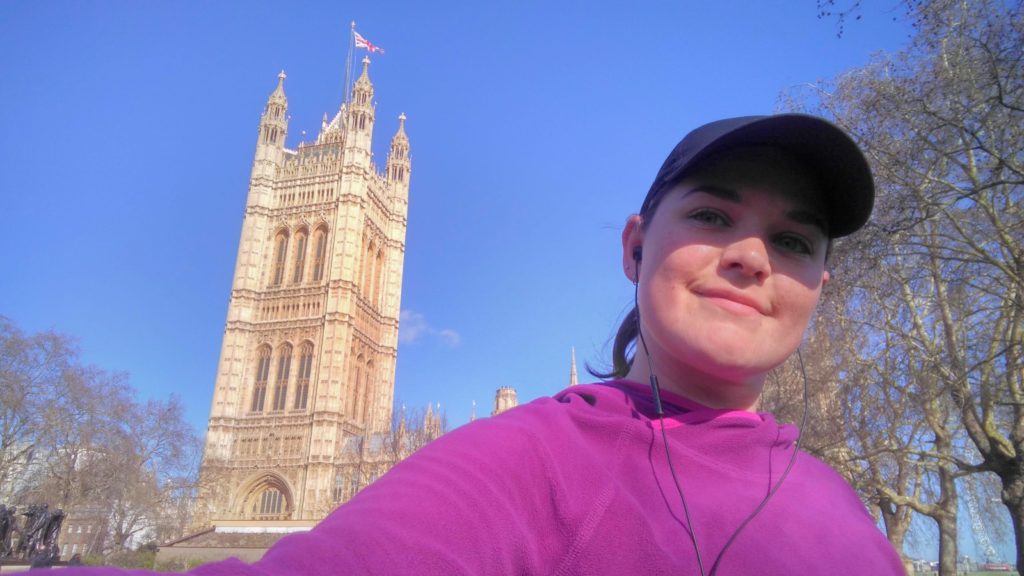 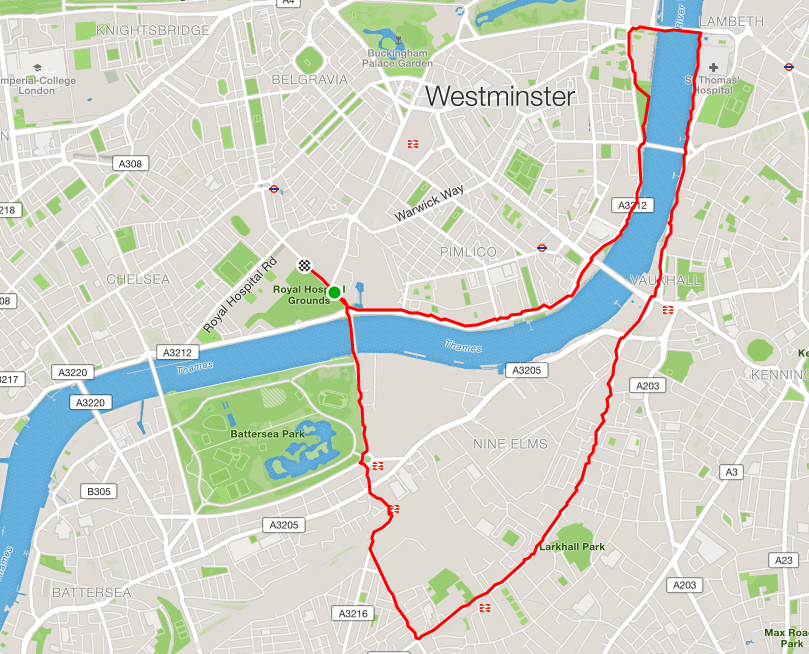 Of course all runners don’t fall because they were glutened. There are so many reasons why it’ll happen. The main concept here is runners fall when the mind isn’t entirely there. Injury rates go up when a runner isn’t at their best.  Being glutened is no fun, and it affects every Celiac person differently.  Do you need to recover from being glutened? Take a look at this article.

Have you been glutened, and had no idea? Share your story with me! Let’s commiserate!  Tell me a silly mistake you made, or maybe when you took a tumble. Tell me in the comments! Are you new to my site please start here. 🙂 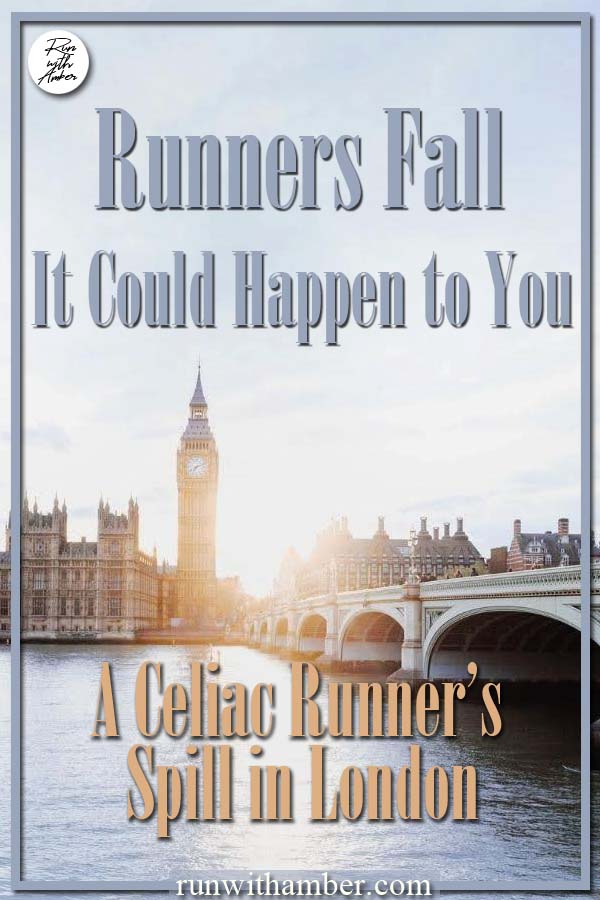 Hello, I'm a Runner and I Have Celiacs
10 Amazing Essential Stretches to be a Better Runner
How to Really Start Running and Love It for Beginners!
My Fascinating Experience in Goa, India as an American Woman

2 thoughts on “Runners Fall – It Will Happen to You. My London Spill”